Book II of The Guardians of Gaia Series 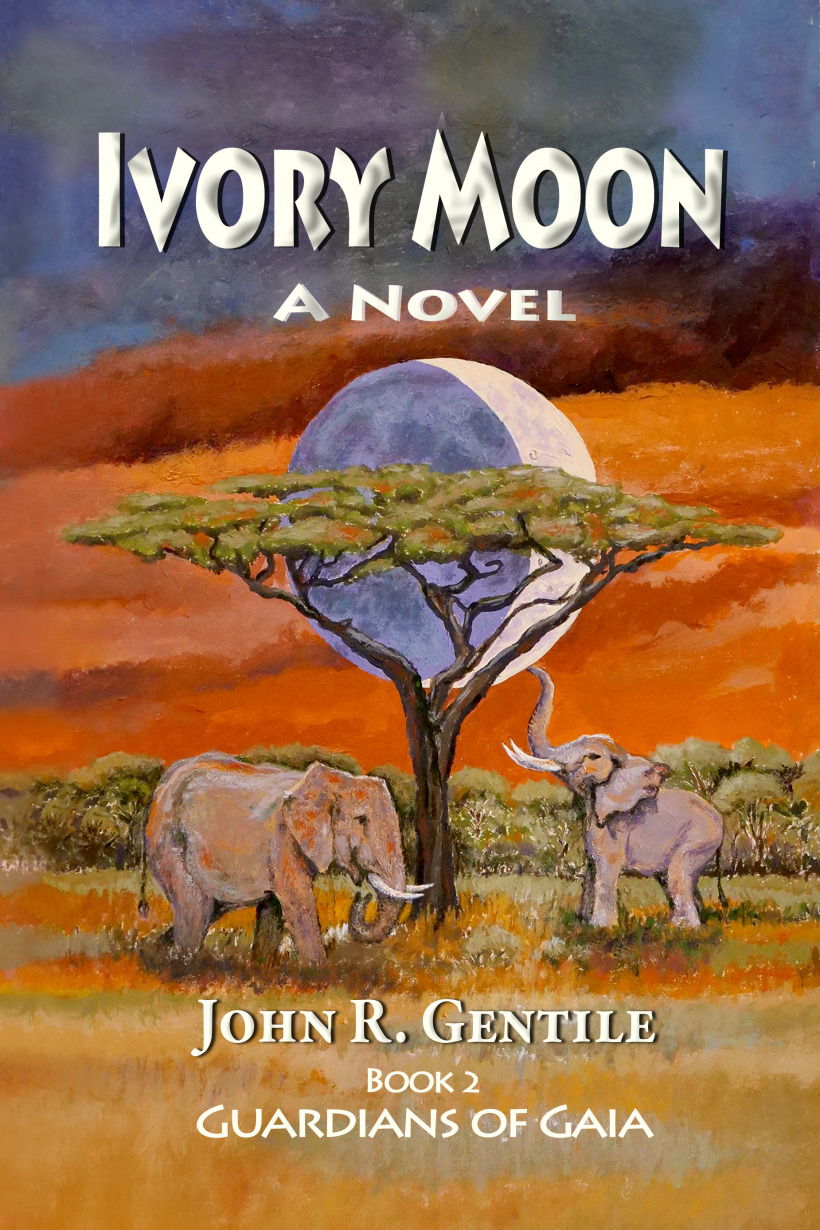 Part of the The Guardians of Gaia series:

Emily Rosen, Jake Spinner, Oliver Sweet, and Snake have returned in Ivory Moon, the second installment of the Guardians of Gaia Series. On assignment in Tanzania, East Africa, Jake Spinner is tasked with hunting down and capturing the Kinyonga, a notorious international arms dealer who also traffics blood ivory through his criminal network with ties to a known terrorist organization.

A deadly virus has spread across Africa, killing thousands of people and leaving the parks dangerously understaffed. As a result, elephant poaching in Tarangire National Park has escalated and poachers are decimating the herds. Emily Rosen has come up with a plan to bolster the absent rangers’ ranks by recruiting twelve young women from two opposing villages to train as an all-female anti-poaching fighting unit.

As the young women become proficient at stopping the poachers, Kinyonga is forced to up his game. He joins forces with an al-Shabaab terrorist cell from Somalia, that is looking to carry out an attack in a major Tanzanian city, funded through the sale of blood ivory. Seemingly one step ahead of the Gaia Team, Kinyonga and the poachers appear to be unstoppable. The clock is ticking as Rosen, Spinner, and the Gaia Team must utilize all of their wits and the Honey Badgers’ newfound skills to bring down the murderous Kinyonga and his criminal gang of poachers, and eliminate the upcoming terrorist threat.