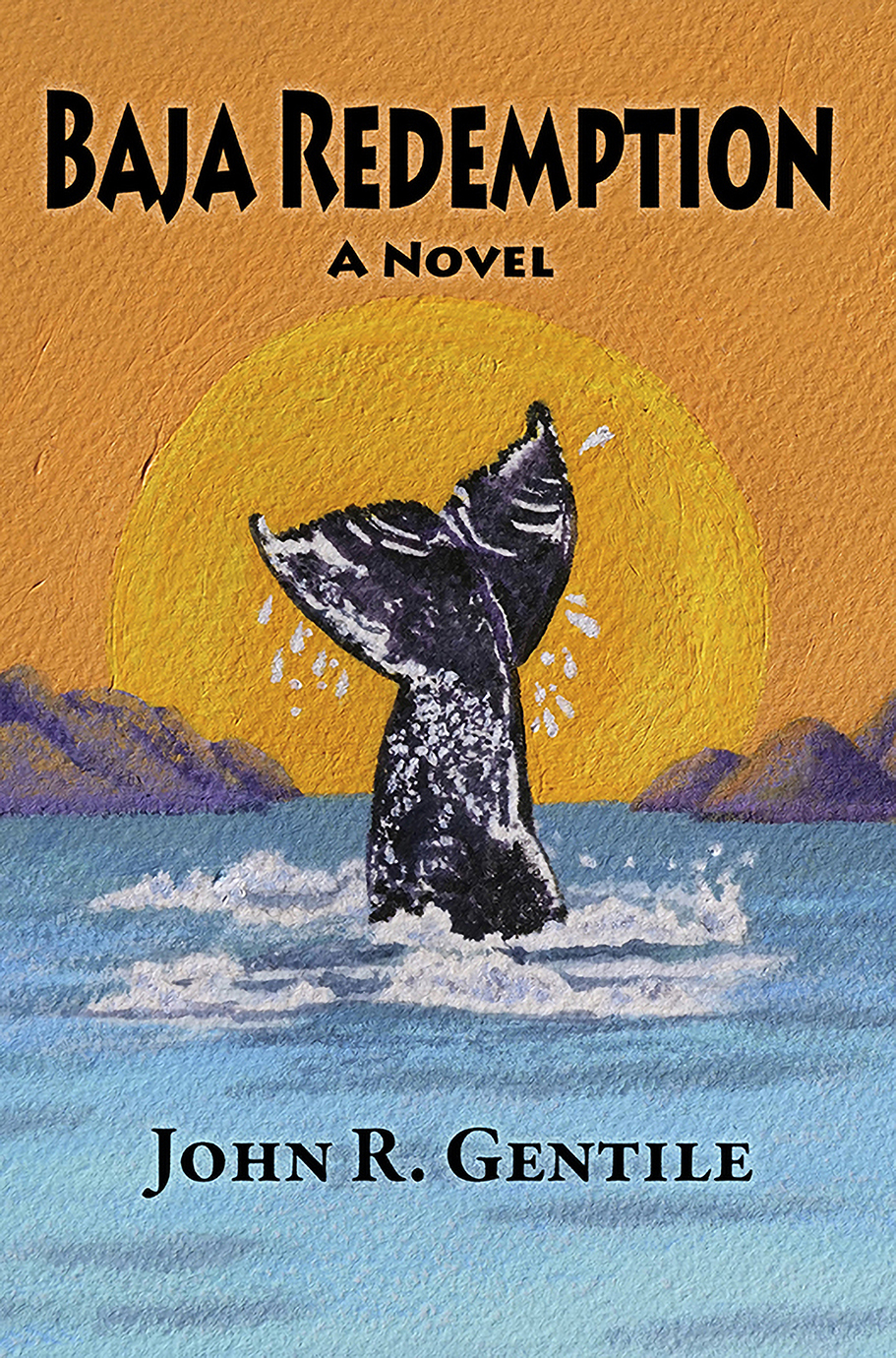 I am pleased to announce the release of my new novel Baja Redemption, the first book in The Guardians of Gaia series. Set against a backdrop of the ruggedly beautiful coastline of Baja California Sur, this novel is a timely, adrenaline-laced eco-thriller filled with engaging, quirky characters and insights into the sentient lives of whales and dolphins.

I have been interested in the lives of marine mammals most of my adult life. Katie and I have led trips to Baja to educate and inform people about whales and dolphins. Our writing, photographs, and artwork reflect our dedication to the beauty and status of cetaceans (whales and dolphins). Ultimately, I decided to create my own story in an epic telling of ecological tragedy and ultimate hope.

Former Army Ranger Jake Spinner spends most of his days in a tequila-induced fog. Between bouts of binge drinking and episodes of severe PTSD, he works as a fishing guide in a sleepy village in Baja California Sur, Mexico.

After the body of Spinner’s estranged fishing partner washes up on the rocks, he becomes obsessed with finding his friend’s murderers. His search leads him to a reluctant alliance with Emily Rosen, a feisty New York Times reporter, and a team of marine biologists. They’ve discovered an illegal Japanese dolphin hunt and whaling operation run by the Yakuza, vicious criminals who will stop at nothing to harvest these valuable marine mammals.

Outnumbered and outgunned, Spinner, Rosen, and an unlikely assemblage of scientists, activists, and fishermen must come up with a plan to stop the impending annihilation–without getting themselves killed in the process.

Both printed books and ebooks will be available beginning in April though Amazon, Barnes and Nobel, Kindle and other booksellers. Soon I will be announcing the dates when you can pre-order the book! A percentage of the proceeds from the  sale of this book will be donated to whale and dolphin conservation groups.

Book Cover by Katie Iverson (who is also one hell of an editor!)